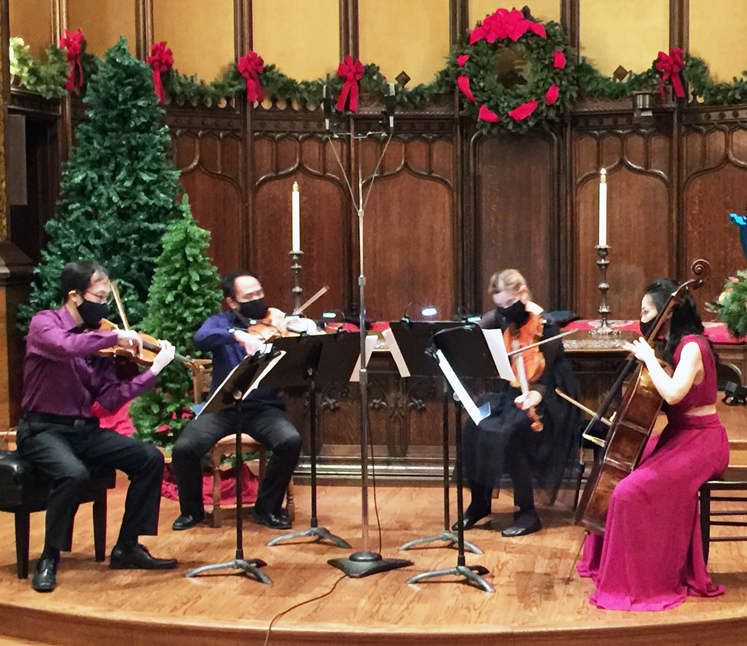 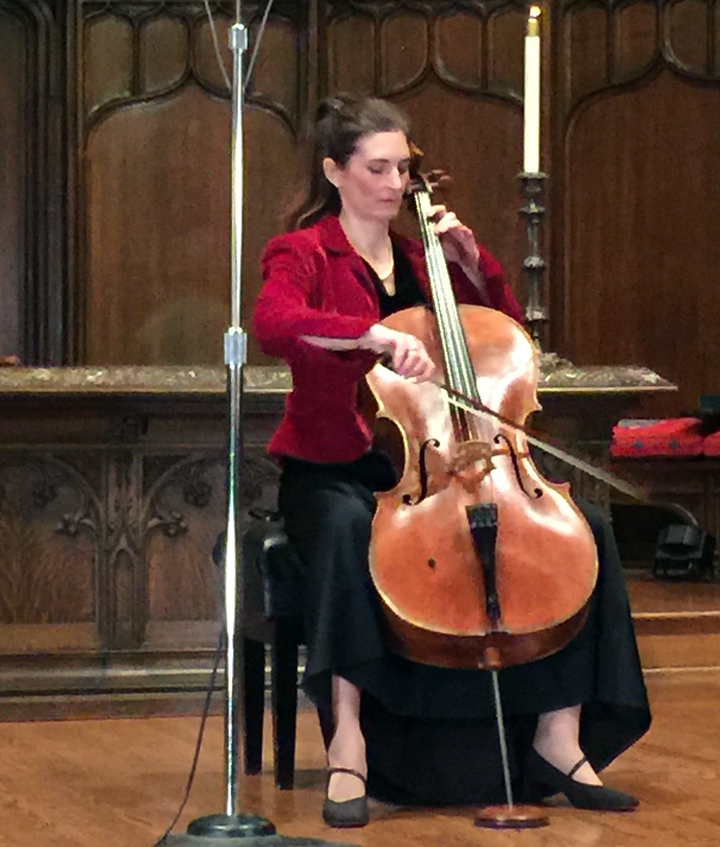 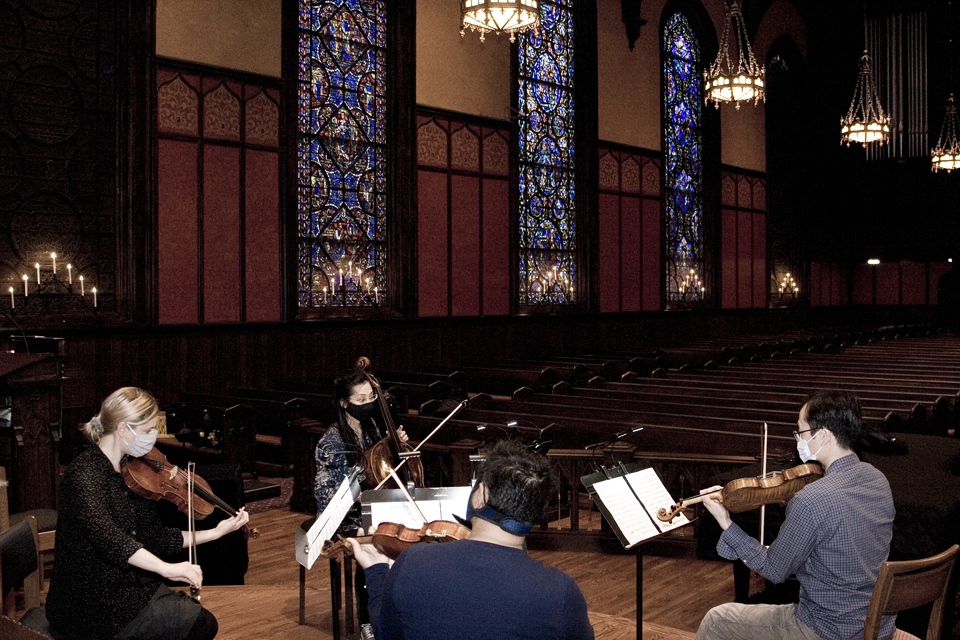 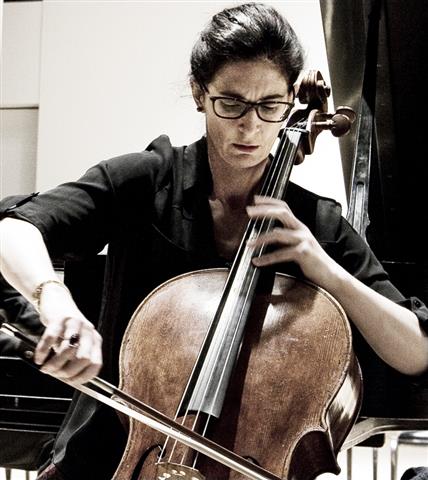 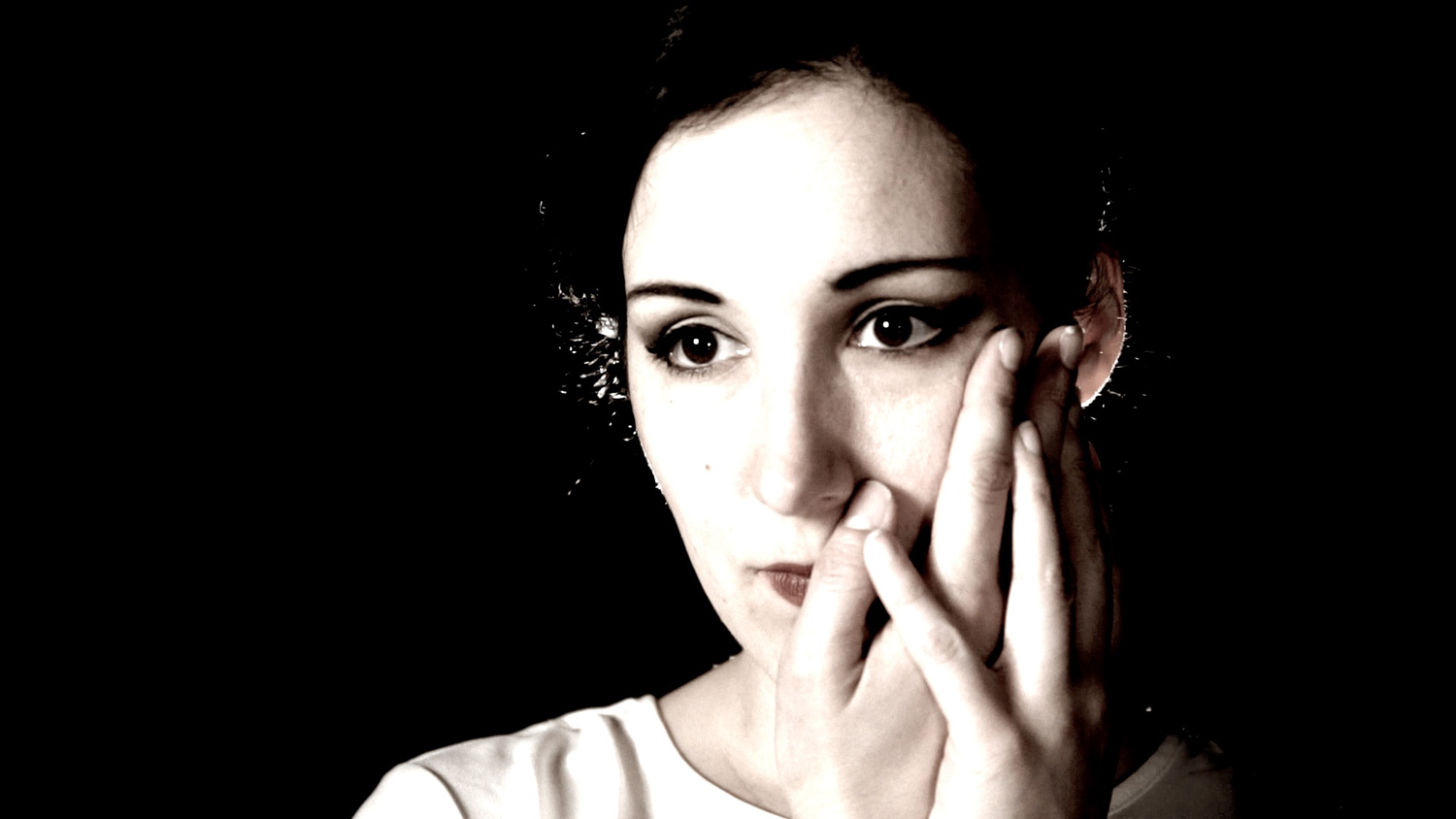 1. Song of Ophelia
2. Gamayun, the Bird of Prophecy
3. We Were Together
4. Gloom Enwraps the Sleeping City
5. The Storm
6. Secret Signs
7. Music 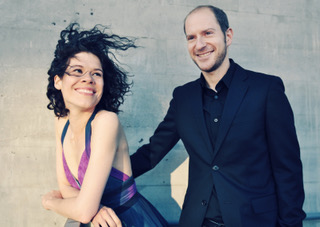 A Musical Feast
The Hayley-Laufer Duo

Drawn to the new, the audacious, and the complex, the Hayley-Laufer Duo challenges the boundaries of voice-and-piano composition by commissioning exciting young artists while cultivating a core repertoire of twentieth and twenty-first century masterworks. Their decade-long collaboration has brought them to the USA, Canada, Europe and South America, and traversed centuries of song repertoire with an emphasis on the electrifying music of today. The Hayley-Laufer Duo returns with a second concert collecting revolutionary contributions to the 21st-century art song repertoire. Featuring world premieres of works by Colombian composer Camilo Méndez, Venezuelan composer Freddy Flores Ávila, and Canadian composer Anthony Tan explore the outer reaches of the technical and expressive possibilities of the Lied genre. The program also features Jonathan Harvey’s monumental and mesmerizing Nachtlied, alongside newly minted works for soprano and piano by UB composers Matthew Chamberlain, Roberto Azaretto, and Ka-Shu (Kenneth) Tam.

This performance is made possible by a collaboration between A Musical Feast and UB’s Creative Arts Initiative (CAI). It is the culmination of the artist Spring 2019 CAI residency. For information regarding other residency events see www.buffalo.edu/cai.

ABOUT THE CREATIVE ARTS INITIATIVE

The Creative Arts Initiative (CAI) is a university-wide initiative dedicated to the creation and production of new work upholding the highest artistic standards of excellence and fostering a complementary atmosphere of creative investigation and engagement among students, faculty, visiting artists, and the community.

Through its Artist-in-Residence program and its innovative, interdisciplinary offerings for students, CAI is raising the profile of UB and Buffalo in world of artistic expression and revitalizing our proud tradition as a leader in contemporary art.

DOROTHEA HAYLEY
Dorothea Hayley has been a soloist with the Vancouver Symphony, the Bourgas Symphony, the Allegra Chamber Orchestra and Ca-priccio Basel. She has performed in festivals such as the Happening Festival, Gulangyu Piano Festival, Performer’s Voice Symposium, New York City Electroacoustic Music Festival and the Atempo Festival of Caracas, and with organizations like the SMCQ, Chants Libres, CIRMMT, Codes d’accès, Vancouver New Music, the Little Chamber Music Series That Could and the Land’s End Ensemble. Dorothea recently completed an artist residency at the Banff Centre, and was a visiting artist at the Afghanistan National Institute of Music. Dorothea holds a Doctor of Music degree from Université de Montréal, and teaches voice at Vancouver Community College. She is the Artistic Co-Director of the Blueridge Chamber Music Festival.

MANUEL LAUFER
Manuel Laufer has presented world premieres at Merkin Hall, Le Poisson Rouge, Bang on a Can, June in Buffalo, and Festival Atem-po (Caracas and Paris). He has concretized extensively playing contemporary chamber music, performing canonic works by compos-ers including Babbitt, Cage, Crumb, Lachenmann, and Xenakis in addition to newly commissioned repertoire. His solo work champions modernist voices from his native Venezuela, placing particular emphasis on composer Diógenes Rivas. “Also an enthusiastic performer of traditional repertoire, Manuel has performed with orchestras on both sides of the Atlantic, and appears yearly in the Blueridge Chamber Music Festival. He holds degrees from McGill University and University of California, Irvine, and received a Ph.D. in Piano Performance from NYU Steinhardt, where he currently serves as Director of Collaborative Piano.”

NICOLE CARUANA
Nicole Caruana, performer/choreographer at UANA DANS, was born in Clarence, New York, a community just outside of Buffalo, in 1996. Her parents enrolled her in local jazz classes to facilitate her blissful restlessness. She began her formal training at The Conservatory of Dance at Purchase College under the direction of Nelly van Bommel. To further her studies, she has attended San Francisco Conservatory of Dance, London Contemporary Dance School, The American Dance Festival, Arts Umbrella Summer Dance Intensive, B12 Workshops, and has studied Gaga intensively in Tel Aviv. She has most recently performed the works of Ohad Naharin and Doug Varone. In 2016 she was in creative process for a new work by LeeSaar The Company and an immersive theater production “All That I Can” by Punchdrunk company members. In 2017, UANA DANS was established as Nicole’s creative home and outlet to share choreographies at home and abroad. Her work “arba” was awarded first prize at The International Competition for Choreographers in Hannover, Germany. Since the company’s inception, they have been invited to perform in Germany, Denmark, Spain, Greece, and New York. She is excited to be commissioned to create new works for Scapino Ballet in Rotterdam, and Canadian Contemporary Dance Theater in Toronto as part of their 2019 season. 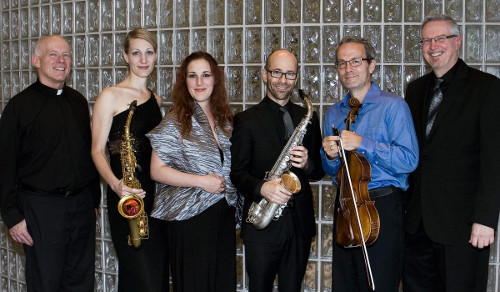 Coleccion Nocturna for clarinets, piano and 4-channel tape, is a work of haunting isolation and nostalgia that is loosely based on the Neruda poem of the same name. It is a set of five “variations” on what Felder calls, “a wholly self-contained musical object” from his older piano work called Rocket Summer. The “theme” never seems to be presented clearly in its entirety, but what is clear is that diatonic fragments are heard trying to poke their way through five contrasting, modernistically surreal textures. The variations mirror a kind of electrifying tension as well as a crystallization of emotions, 19 minutes of foremost constantly changing musical perspectives, which despite the technical demands speak with an extraordinary directness.
moderecords.com

Justice:
Written for actress, soprano, percussionist, multichannel computer sound and real-time surround sound, “Justice” is based on the Greek tragedy of Clytemnestra and Agamemnon. The text was adapted from “Aeschylus and Euripides.” All three performers-actress, soprano and percussionist – portray aspects of Clytemnestra’s character as she contemplates her husband’s return from the Trojan War and his subsequent death at her hand in retribution for the death of their daughter, Iphigenia. 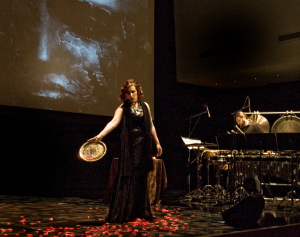 JUSTICE is a musical/dramatic presentation of Clytemnestra’s primary scenes from my text: The Red Act (itself drawn from plays of Euripides and Aeschylus). The whole is divided into three parts:

I] Sacrifice centers on Agamemnon’s decision to kill Ipghigenia in order that the Greek fleet be freed to sail on to Troy and exact its revenge for the abduction of Helen. Clytemnestra is at first incredulous, but gradually accepts this inevitability and warns Agamemnon of dire consequences.

II] Absence portrays Clytemnestra’s emotions during her husband’s ten years away, and the conflicting responses that his return arouses in her.

III] Nightmare and Judgement is the longest part. It addresses both the murder of Agememnon and also Clytemnestra’s proud defiance as she portrays what she has done and why.
-Roger Reynolds

In the original conception of this work, Clytemnestra was conceived as a tripartite being, performed by actress, soprano, and percussionist. The actress lines most directly articulated and closely related to speech, the soprano a lyrical extension of those lines, and the percussionist further amplifying and articulating the thoughts, words and actions of the actress and soprano. Here, in Justice Arias, the actress and soprano roles are fused together, but the compositional divisions are still present in the various forms of articulation.
-Tiffany Du Mouchelle

“A Musical Feast,” in collaboration with the Burchfield Penney Art Center and the University at Buffalo Creative Arts Initiative, presents:

The Faust Project: A Staged Reading with Live Music of Goethe’s Faust

A staged reading with live music of selected scenes from both parts of Goethe’s Faust. Director Neil Wechsler has adapted the scenes, condensing Goethe’s original work into an eighty-minute presentation. Nathan Heidelberger has composed a new chamber score, playing off the rich history of Faust-inspired music. The scenes encompass the entire arc of Goethe’s masterpiece to capture the pitfalls, triumphs, and ambiguities of human striving.

Water (2015)   Arranged by Daisy Wu
“Shall We Gather at the River” (by Charles Ives),
and “High Mountains and Flowing Water” (Classic Chinese music). R
emix and playing on Guzheng by Daisy Wu
Video “The Way of Clinton Brook” by Robert John Holland 2015

Vent (2014)
Choreographer and Performer: Melanie Aceto
Vent, a solo inspired by her work with Turkish vocalist Esin Gunduz, is an exploration of our vulnerable and expressive relationship with breath. Using consonant sounds, Melanie uses breath as propulsion and restriction, creating a score that both accompanies and drives her movement. 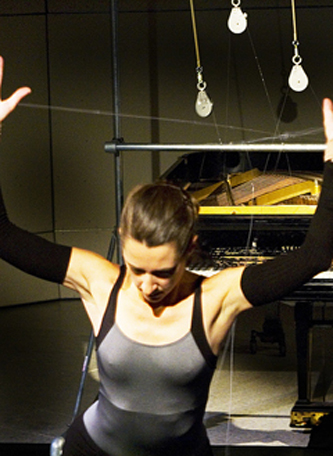 For the NAMM Oral History project. You can see the result at
www.namm.org/library/oral-history/bob-berkman